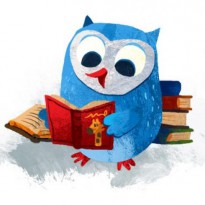 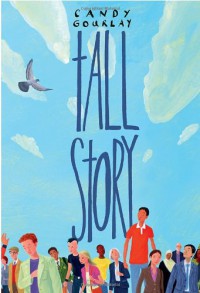 Bernardo lives in a small village called San Andres in Philippines. He wasn't always eight feet tall. He used to be smaller than his best friend Jabby who nicknamed himself after the famous basketball player, Kareem Abdul Jabbar. He used to be smaller than most kids. He used to be picked on all the time. But now he is considered the village's savior. Since he's grown there hasn't been any major earthquake and in a village where little earthquakes happen every day and major earthquakes are always a threat they are grateful. It's all because of this legend where I giant used to walk among them named Bernardo Carpio (that's actually a real Philippine Myth) and he stopped an earthquake that would have destroyed the village.

Bernardo doesn't live with his mother. He was left behind but his mother planned to send for him when she settled. She didn't realize that it would take more than a decade to get him to come to London but the day has finally come.

Amandolina or Andi for short thought she would be excited to see her brother but after having to move right after she was made point guard on her team and since the new school she's going to doesn't have basketball she isn't very happy. Not only those two things but she discovers that her brother is this eight foot giant! She is this short looking thing and is mistaken a couple of times as a boy. She's tough and I love tough girls. I feel sorry for her from the very beginning because her mother is a witch telling her she is too short to play basketball and how she shouldn't play it anymore. She pestered her about it and really what kind of good mother does that? I'll tell you that she wasn't a good mother for her even later on she didn't win me back.

Bernardo is very sensitive. He was a real nice guy but sometimes I felt like telling him to stop crying. I do give him the benefit of the doubt. He had the weight of his village on his shoulders and it's still a big mystery about some things. Gourlay I think put these images and thoughts into your head but leaves part of the book up to you or maybe that's just me. Anyways Bernardo is another one I feel bad for because his village and even his best friend is using him and trying to prevent him from happiness by putting guilt on him. Almost of all the adults in here are jerks which is to be expected in a children's/middle grade read. Adults are usually the bad guys. Bernardo also speaks reverse what he's supposed to say in English like "Please to meet me" or something like that. I'm Hispanic and I guess I've never heard a Hispanic who only knows Spanish try to speak English in front of me but I seriously doubt they would speak like that. Whatever. It made him more endearing and anyways his village spoke their own language and it was pretty funny reading it.

The story goes from her and then Bernardo's perspective. It is also goes through different points in the story like it goes to when Bernardo was young and then now to his sixteen year old self which I thought was not confusing and I often read how people don't like that but I do. It's more mysterious that way to see how the story unravels. Since I now know that the story is based on a Filipino Myth I can say that I'm impressed. Whenever authors take from myths like Greek Mythology its fun to see what they come up with. This was a winner for me and yay! Diversity!